Enrique Pérez, Chef, along with his brother Eduardo Pérez, head of the room, have given shape and meaning to the El Doncel Hotel Restaurant with various actions throughout their careerIn 2008, the “Gastronomy Classroom” and its new hotel image, with a more avant-garde decoration, inaugurated a new space. A multipurpose classroom that receives its first prize for training in 2011In 2009, el doncel Catering, was born, focused on events, weddings, communions, etc.In 2011, they wrote their first book “RESETAS” (mushroom recipes from Sigüenza)In 2013 they opened “Finca del Obispo”, a new event space under the El Doncel sealIn 2014, they presented their new book “MEZCLADOS”, together with Joaquín Fernández (world champion of cocktails), a cocktails book in harmony with the kitchen, where the best national bartenders and chefs mixThat same year, the El Doncel restaurant obtained its first Sun in the Repsol guide thanks to the fusion of traditional and innovative cuisine and exquisite work in the dining room.In 2016 the restaurant El Doncel increased the recognition of awards with a second Sol from the Repsol guideIn 2017, the El Doncel de Sigüenza restaurant achieved its first Michelin Star but this is no coincidence, hard work and commitment to excellence both in the kitchen and in the dining room resulted in the achievement of this precious award. 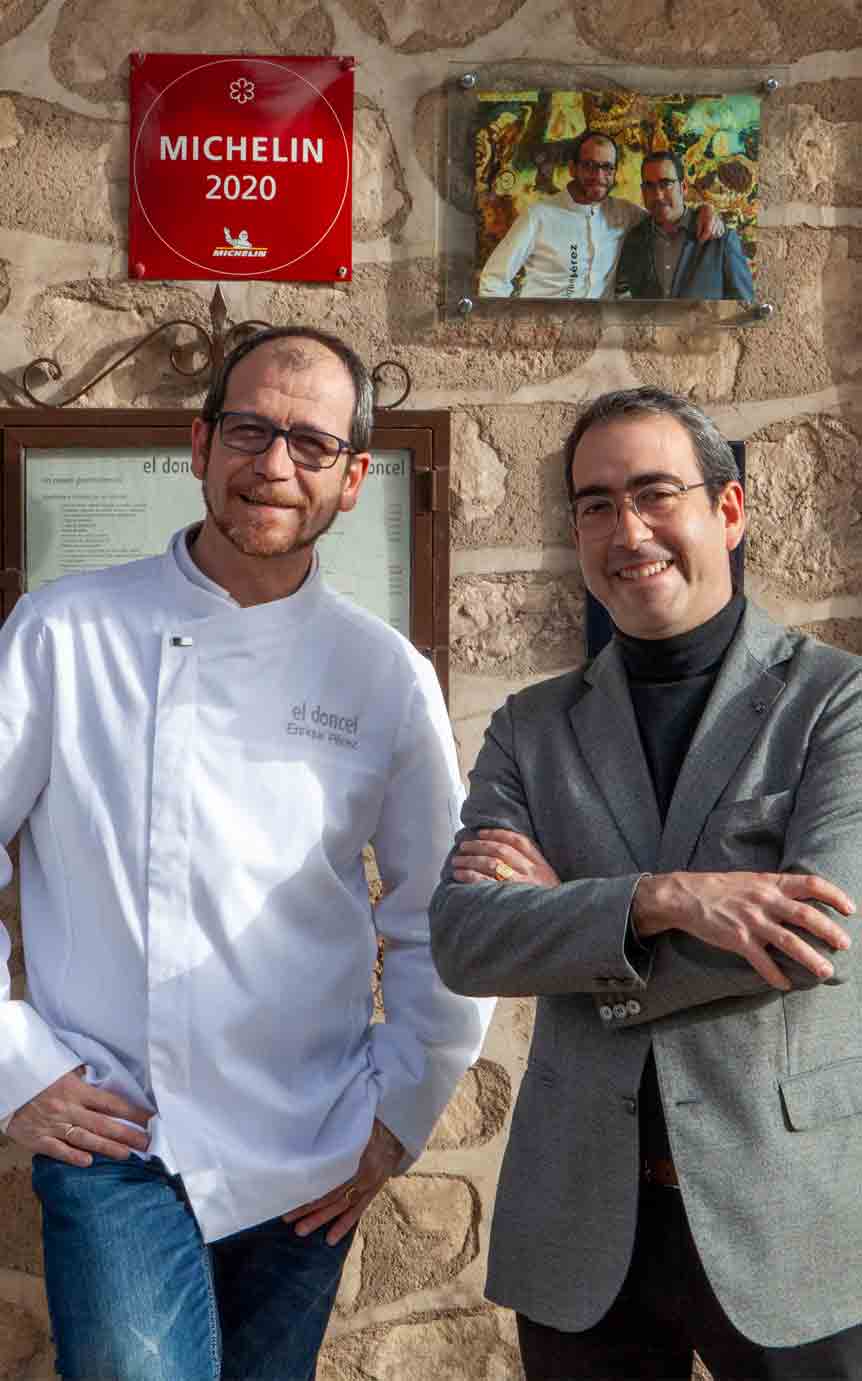 Our route continues to evolve, modifying in an educated and reasonable way the criteria of our elaborations, maintaining the route and the work that we have forged until today

Aware of the legacy of some origins, we preserve an exclusive essence with the impulse of a passionate team